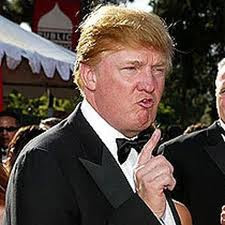 When I read the Forbes article whose URL I include below, I was instantly reminded of a funny line from
the Cohen Brothers film "Burn after Reading" when one of the characters says "you´re worse than a moron, you´re part of a League of Morons".

Watch out for gloating about "killing unproductive jobs", and snide remarks on supermarket employees and, of course, government, who apparently can train people but "only so much" (ie "there´s little point in training idiots", seems to be his angle).

btw: his entire reasoning is flawed, he can´t just scan barcodes and walk away with his merchandise, because who will check he paid for everything he bought?, guess he will have to unload everything again.
;)

The solution to his "Problems" (if one can call it that) are two:

1. Web sites and home delivery. I don´t know about the US of A but down here all major supermarket chains have web sites where you can order stuff and have it delivered, in some instances the same day, in
others the next day, for really little cost. In two instances you pay on-line, in other the delivery cleak that arrives to your home carries a posnet card reader that works wirelessly (a card swiper connected
via GSM/3G)

2. RFID tags built into every packing container of stuff you buy at the supermarket. That would really help the supermarket tally everything you´re walking away without the tedious unloading-reloading
of stuff. But in this approach the cashier at the supermarket would keep his job (it has to, anyway, for people that would still pay cash).

In other words, payment is NOT the delay, accounting for stuff is, so Google Wallet or no-wallet doesn´t make any difference with regards to the "tedious process" of groceries shopping that this guy complains about.

FC
Posted by Nerd Progre at 2:43 AM No comments:

Enough with wireless, it´s gonna get us all fried in microwaves 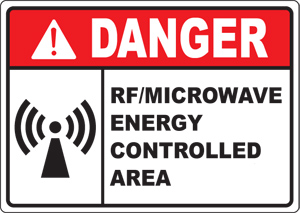 A lawyer or lawyer wannabe from Harvard (sorry I haven´t had time to check his credentials) writes: "I’m also big on open spectrum and unlicensed wireless"

I used the opportunity to write a comment in his blog about why I think wireless sucks and why we should stop polluting the airwaves just to give business to the RF equipment peddlers and  just postpone  DOING THE UNAVOIDABLE, which is eventually digging ditches and laying out fiber to every home.

You advocate "open spectrum and unlicensed wireless"... OH YEAH, the one with the most big-ass signal booster wins, and "overlaps" the less powerfull transmitters. That anarchic scenario was tried: it was Citizen´s Band. The one with the biggest bad-add booster won, overlapping all others around.

OF COURSE, I know, there are differences between wi-fi and CB.... modern technologies aren´t analog and they do spread spectrum and frequency hopping, along with time division and other techniques. BUT STILL, the base principles are the same: there is only a finite amount of bandwidth by going wireless. And in densely populated areas, there is not enough for everyone downloading 10mbit+ at once. 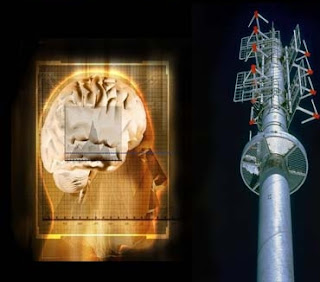 My biggest concern is that going forrward, advocates of this "free for all" mayhem are going to get us all cooked in microwaves. I´ve already seen Wi-Fi "signal boosters" available "under the counter" that exceed the FCC limits, yet are sold for point-to-point links to be installed by amateurs. And since they don´t have the technical means to aim the antennas correctly, it´s highly likely someone at a high rise flat is going to get beamed "by accident" with those signals.

THANKS VERY MUCH, but I pass. Why insist with wireless when FTTH is just around the corner?. With fiber, you can just lay out as many parallel fibres on a duct as you need, until you reach the bandwidth you need. If there´s more need, you dig another ditch and lay more pipes and fill those with fiber. 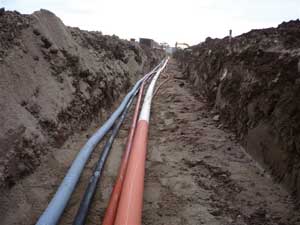 Give me a break with wireless, already.

Yeah, I know... but wireless broadband is so convenient! what´s the worst that could happen?

The world´s most famous CIA alumni and famous mass murderer is apparently dead. 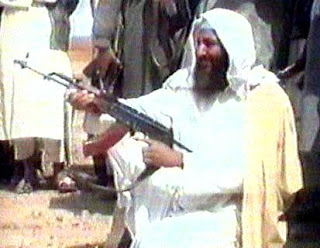 Now, I´m awaiting for Obama´s "Mission accomplished" photo-op a la GWB, and surely a total retreat of troops from the Middle East (sarcasm).

In any case, good news about someone who should have never been engineered by the USA.

Osama Bin Laden: supported by the US and Pakistan (BBC)
http://pages.citebite.com/k5c9g8r9ukgq

Some critics have called his death "cold-blooded murder or a gangland execution dressed up as 'justice'" which is a good point, why the killing and not detention. But think about it.... one would think that the capture of him alive would have ended in a months-long trial and, ultimately, execution. Besides, I don´t think that if he was armed, that he would have allowed that to happen.

FC
PS: The celebrations of "common people" in the streets are understandable. When was the last time the people of the USA as a whole -not republicans or democrats- celebrated something? I say good for you all. Even if it´s only a momentary illusion of achievement and collective cheering that actually means nothing for the inmediate day-to-day lives of most the people cheering.
Posted by Nerd Progre at 5:02 AM 1 comment: 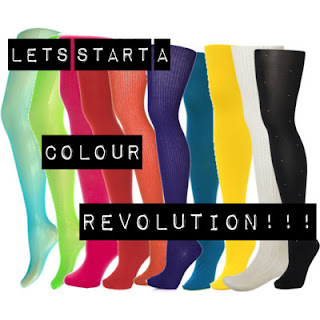 
"The Serbian capital is home to the Center for Applied NonViolent Action and Strategies, or CANVAS, an organization run by young Serbs who had cut their teeth in the late 1990s student uprising against Slobodan Milosevic. After ousting him, they embarked on the ambitious project of figuring out how to translate their success to other countries. "

Funded and organised by the US government, deploying US consultancies, pollsters, diplomats, the two big American parties and US non-government organisations, the campaign was first used in Europe in Belgrade in 2000 to beat Slobodan Milosevic at the ballot box.

Richard Miles, the US ambassador in Belgrade, played a key role. And by last year, as US ambassador in Tbilisi, he repeated the trick in Georgia, coaching Mikhail Saakashvili in how to bring down Eduard Shevardnadze.

Ten months after the success in Belgrade, the US ambassador in Minsk, Michael Kozak, a veteran of similar operations in central America, notably in Nicaragua, organised a near identical campaign to try to defeat the Belarus hardman, Alexander Lukashenko.

That one failed. "There will be no Kostunica in Belarus," the Belarus president declared, referring to the victory in Belgrade. But experience gained in Serbia, Georgia and Belarus has been invaluable in plotting to beat the regime of Leonid Kuchma in Kiev.

The operation - engineering democracy through the ballot box and civil disobedience - is now so slick that the methods have matured into a template for winning other people's elections. In the centre of Belgrade, there is a dingy office staffed by computer-literate youngsters who call themselves the Centre for Non-violent Resistance.
If you want to know how to beat a regime that controls the mass media, the judges, the courts, the security apparatus and the voting stations, the young Belgrade activists are for hire.

(...)The Democratic party's National Democratic Institute, the Republican party's International Republican Institute, the US state department and USAid are the main agencies involved in these grassroots campaigns as well as the Freedom House NGO and billionaire George Soros's open society institute.