"Throughout this week, several Google offices, including New York, Kirkland and Mountain View, have been hosting a couple of hundred girls from local middle schools and high schools to come visit us for the day. The girls have the unique opportunity to shadow a Google engineer or two (!), go to interactive workshops, eat in our yummy cafes (the pizzas are a hit!) and get an insider's tour of the Google offices". 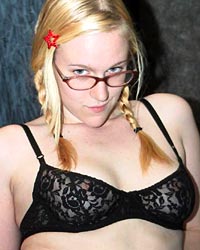 Young, curious, and eager to learn: Apparently this is the kind of engineers that Google expects to attract.


[joke, joke! if someone lacks a sense of TheOnion kind of humour, go elsewhere]
Posted by Nerd Progre at 7:22 PM 4 comments:

Film shows Enron scandal and the dangers of unregulated markets 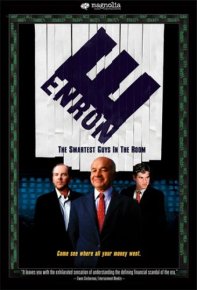 Just finished watching "Enron: The Smartest Guys in the Room" on DVD. This film shows the true story behind the "Enron scandal". The accounting tricks, the inflated stock price. Andersen Consulting's role in conveniently approving the shady books, the "get rich at all costs" mindset promoted within the company, the role of "deregulation" ideology in pursuing those goals, and how politicians bought it when they thought deregulating the energy markets was "for the better" while the company profitted at the expense of people in California and "moved energy to the desert" to cut supply and increase prices.

It's a dramatic movie. For instance, you can not only hear former Enron chief Skilling calling an investor an "Asshole" during a conference call with investors as one analyst confronted him over the company's murky earnings releases. In another segment, you can hear Enron's "energy traders" cheering after seeing fires on TV below one of California's main power lines "the price per kWatt is going to go through the roof"... "burn, baby burn" you hear them cheering.

This movie, along with "The Corporation" should be mandatory viewing at high school before anyone gets his/her degree. Gives the "Free Market needs no regulation" religious zealots and corporate mouthpieces like the guys at the CATO Institute a very well deserved spanking.
Posted by Nerd Progre at 2:11 AM No comments: 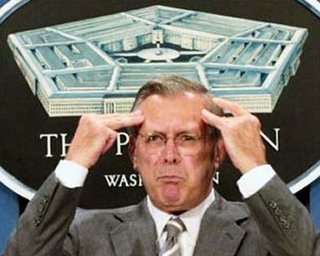 U.S. Defense Secretary Donald Rumsfeld on Tuesday tried to dispel concern over the possibility that a civil war could erupt in Iraq